“Everyone Should Get A Painting” Interview with Client, Teri Connolly 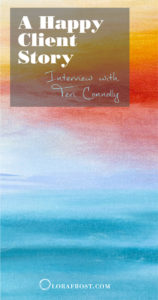 Listen in to a 14 minute, fun filled conversation between artist Lora Frost and Teri Connolly who commissioned a painting for her sacred space. If you prefer to read our interview minus the laughter, scroll down to read the transcript!

Teri: Hi Lora! Good to see you and I’m happy to chat with you about your painting. It’s definitely a prize possession of mine now.

So why did you want a painting for your space?

Teri: Because I wanted it to set a tone in the space where I work – not only for me where I work, but also for the clients that I serve in my space. And artwork to me is really more than just a pretty picture on the wall. And so, it was like, ‘oh, this is a wonderful opportunity’. And I’ve never had a custom piece before.

Describe the space that you chose to put it in.

Teri: It’s in my home but it’s what I call my sacred space. And it’s also my office as well as where I have clients for energy work or shamanic work. So it’s a dual purpose room but it’s just an extra bedroom in my home.

And what tone were you looking for?

Teri: Well, I wanted it to serve lots of different purposes. 1) You know the relaxing, comforting, nurturing feeling. At the same time, because I work there and I create there for my website and for courses and things like that – I wanted it to also be inspiring to me, which then, you know, of course the client’s going to receive that inspiration. So I wanted it to be more than just a single theme, if that makes sense.

So when you started working with me, were you unsure about any part of the process?

Teri: Probably all of it.

First of all, when you look at a custom piece – not being a painter, not being artistic (painter) – I didn’t know what the process would be. I didn’t even know what to think about what I wanted. And so then that came up then it was like you’re in one area, I’m in another, so we’re doing this technically over the airways rather than in person – not coming to your place and looking at things – so how was all the basic logistics going to be done? And then are you and I going to connect enough that you would hear what I needed and help walk me through, so that I could discover what it was that I wanted.

Lora: And then during the process, was there any parts that surprised you?

Teri: I think the funnest part was when you sent me my package of the swatches of the colors. It really surprised me… I don’t want to say, ‘making it real’, but the fact that it closed the distance between the fact you were in one state and I was in another. It made it real. It wasn’t that I didn’t have to come to your studio; you brought your studio to me.

Teri: Correct! I didn’t get to see it, and as a matter of fact, before you ever showed it to me and it was done, you just did a little corner of it. You took a little picture of it, remember, and you posted it?

Teri: A teaser, yeah! And I was like… because there was two of them, and I was like, ‘which one’s mine? Which one’s mine?’ But to answer your question, I wasn’t nervous. It was like, after our initial discussion I felt very at ease. I really felt you heard what I wanted. Seeing your work in your studio when we talked on Skype and on Zoom, I could see your pictures. And so it was like that resonates with me, and then you sent the swatches.

And after that, it was like, ‘okay, she’ll call me when it’s done’. There were a couple of times I checked and it was like, ‘why is it taking so long?’

And then I remembered I told you I was leaving and went out of the country. So it’s like, ‘hello, you’re leaving!’

But other than that, I just was very calm and at peace with everything. So I felt very comfortable with you.

So I wasn’t worried. I reached a point where it was like I’m ready for it to be here and it was drying. So it was almost like the natural rhythm – I could feel it. 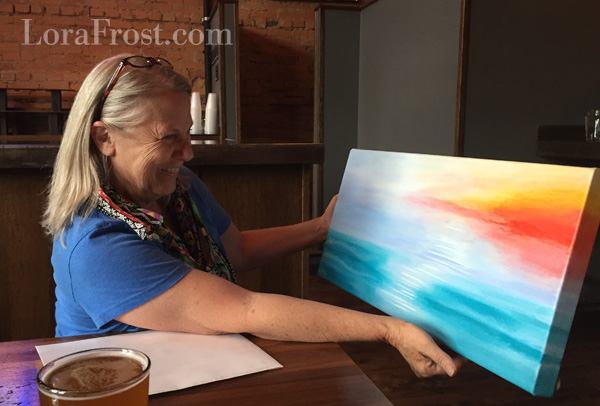 Lora: And how did you feel when you saw the painting for the first time?

Teri: I think you took a picture of it!

I was just blown away – seriously blown away. It’s alive.

So when you look at it, you can picture the fluidity in it. I guess it’s the best way to explain it. I’m not making sense here.

And then, when you added that extra little piece – the stairwell?

You know, depending on where you are in the room that moves. And it also sometimes looks like a river coming down – like a waterfall coming down. Then you look at it another direction and it looks like a stairwell going up. So it’s very multi-dimensional. I mean, it moves.

Teri: That stairwell follows you around the room. So, depending on where you are, depends on how it looks to you.

Teri: Yeah, it is really, really neat. That’s why I said it’s like hanging on the wall in one position, but I know I have to move all the paintings around it. I have to rearrange it because it needs a specific spot with nothing around it because it moves so much.

So how does your space feel with the painting in it now?

Teri: It commands the room.

It really truly does. It’s there – you see it. It’s present but it’s so muted at the same time. You know, you walk in and there’s some pieces of art and you go, ‘Wow’. This one just draws your eye to it and you’re just stuck with it – you’re just always looking at it – and all the rest of the room fades.

And it’s so interesting because, because it’s a bedroom and I’m using it as an office and as a place for my clients – so my massage table is in there – that painting really wants a specific place on the wall. And it has basically created an invisible separation between the workspace and the client space.

Whereas all of the paintings before, they move together because it was a multi-purpose room. But that painting – not that it’s not there for me with my work it separates– it literally has drawn a line in the room.

So it’s very interesting, but it says, ‘over here is where this is!’

And I guess the other thing is that it has now motivated me to figure out a way that I can have a workspace and a client space outside of my home.

Teri: Yeah! It’s like, ‘now you need to take the next step and go find a separate space for all of this’.

And I mean, in some ways, that whole bedroom was always a sacred space. People know it’s there but they don’t know it, but now with the painting in it, it’s really separated from my whole condo.

Yeah, it’s really drawn an enclosure, so it’s pretty amazing. I wasn’t expecting it to do that, you know.

So what did you like most about the commission process?

Teri: Our first discussion was very insightful for me.

I enjoyed that because by doing that, I received insights on myself that I had never stopped to think why am I attracted to this painting. I mean, I know why I like watercolors versus oil, but this is an oil, right?

And it has the same qualities of the watercolors that I love. I love watercolors because there is this fluidity to them. There’s a mystery to them, to me. That’s what it invokes in me. So that part was really interesting. But I had to tell you, the color swatches – getting that was like having Christmas.

And then the way in which you presented them to me – you know, with my options, and then I could take them off and play with them myself – it was just like… talk about creativity! And literally, it brought me into the process. I was no longer someone watching someone create this – I actually had a part in it.

So that was just beautiful. And then of course when you showed up and you brought the painting in, I mean that was like wow, to have the actual piece. It was like, ‘holy crap, I really get this. This is my painting!’

So it’s hard but those would be the 3 highlights of the whole process.

Lora: Okay, that’s wonderful! I thank you so much for sharing that.

Teri: You’re very welcome. Thank you for allowing me to be part of this process and saying this. I mean, I know this sounds crazy but everybody should get one.

Everybody should! I mean, it’s like, holy cow! We all have paintings and pictures. We all have artwork that we’ve taken down and put a new piece up, right? And it’s probably gone and we’ve wrapped it very nicely and it’s ‘well, there’ll be another one’ – this is not that piece. That piece will always hang wherever I’m at. 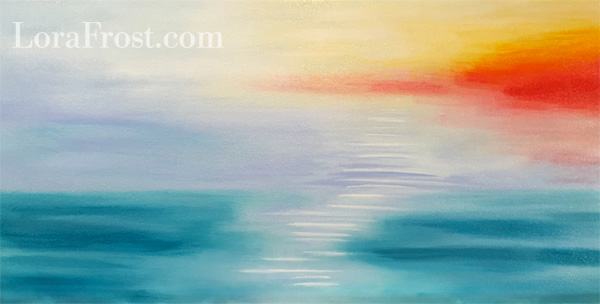 Teri: It really will. And when I came back from Ireland this trip – my plan is, in 5 years I’ll be living there – the first thought that came to me is, how am I going to get this over there? I was like, I ain’t leaving this behind.

So it’s marvellous – that’s how I feel about it – and I really appreciate the fact that you have asked me…  that I’m a recipient of this lovely gift – so thanks. It was really worth it – it really, really truly was. 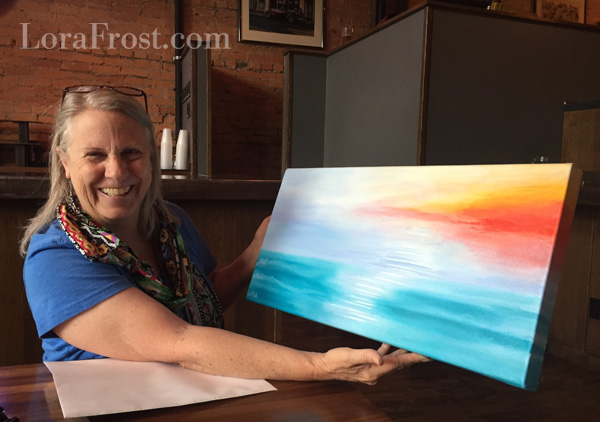 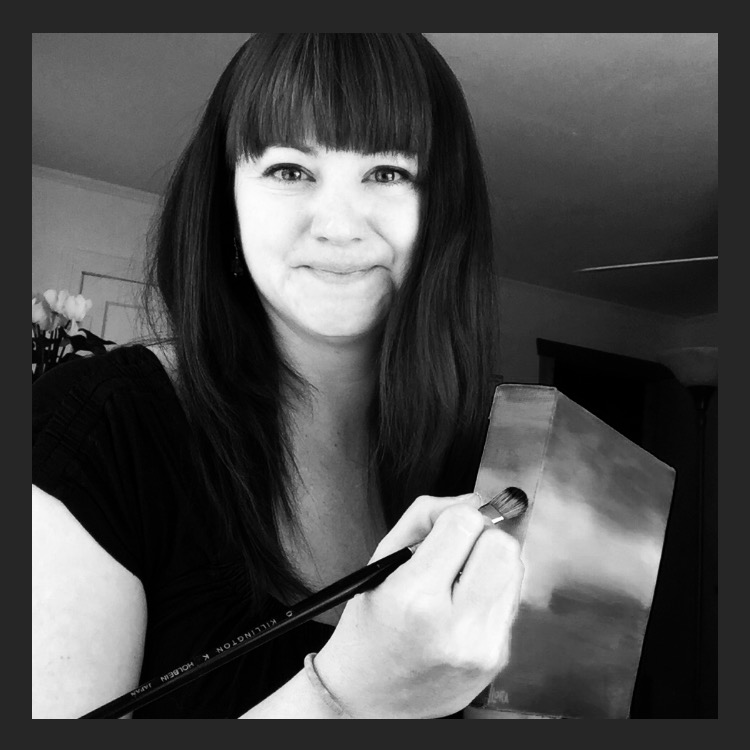 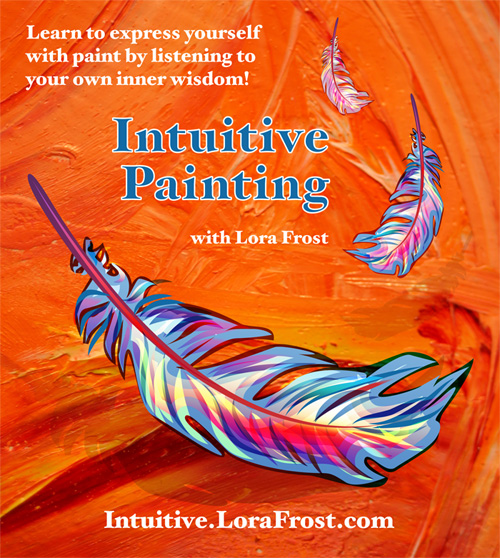